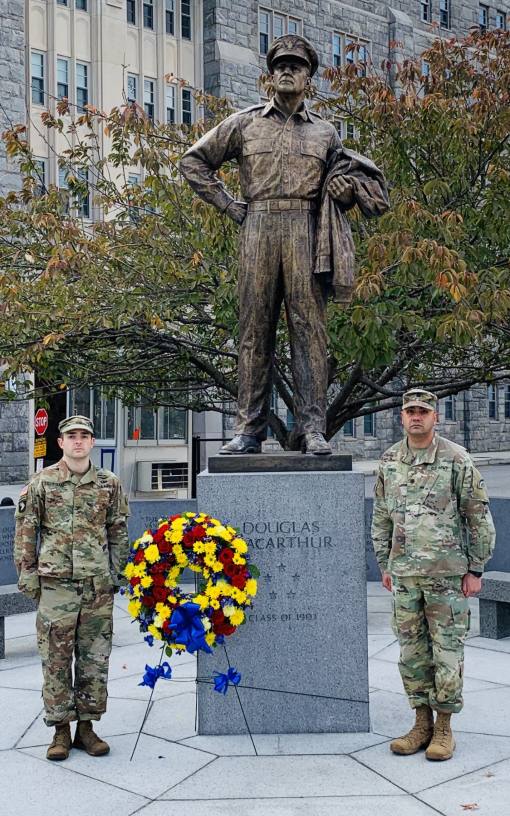 New York Army National Guard Soldiers of the 42nd Infantry Division, (left) Maj. Michael Tillistrand the Headquarters and Headquarters Battalion plans officer and Lt. Col. Gurpreet Singh, the Headquarters and Headquarters Battalion Commander, lay a memorial wreath at the Gen. Douglas MacArthur memorial located at West Point, N.Y on November 8, 2019. MacArthur was the officer who suggested the formation of a multi-state division in 1917. He later went on to command the division. The wreath is one of several presented at the 42nd Infantry Divisions markers on, or around, Veterans Day to commemorate the history of the division which was organized over a hundred years ago. The wreaths are purchased by the Rainbow Division Veteran's Foundation and presented by New York Army National Guard Soldiers.