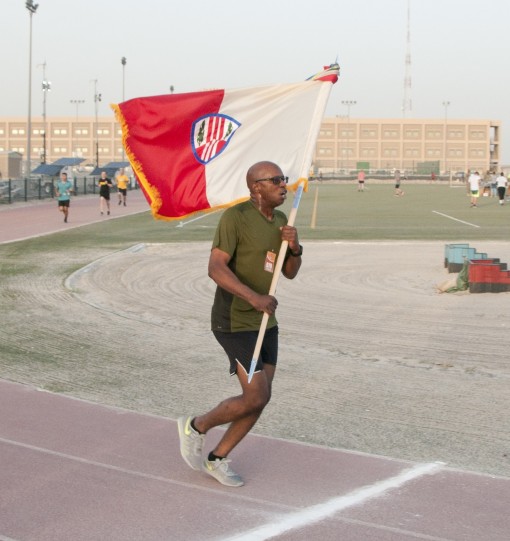 CAMP ARIFJAN, KUWAIT--Master Sgt. Edgar Ponce of the New York Army National Guard's 369th Sustainment Brigade carries the brigade colors over the finish line in the inaugural Harlem Hellfighter 5K run held at Camp Arifjan Kuwait on June 2 2017. The event was held to celebrate the 104th anniversary of the formation of the historic New York National Guard unit. The unit was given their historic nickname Hellfighters by their German opponents in WWI for their remarkable prowess on the battlefield.