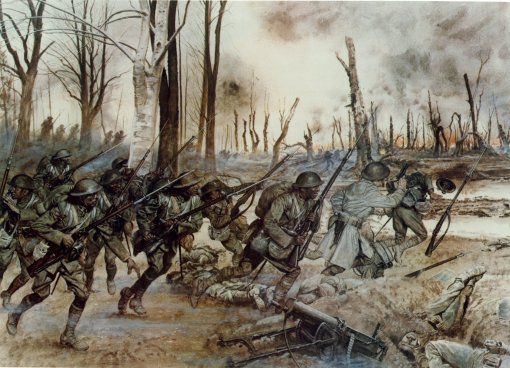 In this National Guard historic painting titled "Hell Fighters from Harlem", men of the 369th Infantry Regiment go into action in Sechault, France on Sept. 29, 1918. A third of the regiment's 3,000 men were killed or wounded in this advance. The 369th has carried the title Harlem Hellfighters since World War I but it was only officially recognized by the Army in September when the Center of Military History approved the name as the special designation for the 369th Sustainment Brigade