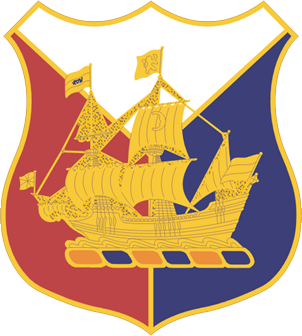 HASTINGS ON HUDSON--U.S. Army Soldiers assigned to the 53rd Troop Command, New York Army National Guard, salute World War II veteran Pfc. Joseph Casaburi, for his 99th birthday after he survived a three-month long battle with COVID-19 at the nursing home Angus on Hudson, Hastings-on-Hudson, N.Y., on December 8, 2020. Casaburi is a Purple Heart recipient awarded for his service during World War II, while assigned to the United States Army Air Force, where he was struck in the leg by a mortar fragment while deployed to the front lines in Germany.

53rd TC Officer is Logistican of the Year

Support of Guard is recognized at dinner

LATHAM--New York Army Guard Brig. Gen. Michael Swezey and his wife Ann raise their glasses in a toast during his retirement dinner at the Desmond Hotel in Latham N.Y. on Saturday Feb. 25. Swezey retired after 36 years of service in the Army Army Reserve and the New York Army National Guard. 240 people attended the event.

GUANTANAMO BAY NAVAL BASE-- New York Army National Guard Brigadier General Michael Swezey, commander of the 53rd Troop Command, speaks with a member of the 107th Military Police Company during a visit to Guantanamo Bay on August 21. The 107th MP Company, headquarterd in Utica, deployed to Guantanamo Bay from Fort Bliss in July to provide security at the detainment center there.

CAMP SMITH-- Christina DeLeon, the reigning Miss Westchester County, signs an autograph for a Soldier from Company C 1st Battalion 69th Infantry who is preparing to deploy to Afghanistan during a visit to the Camp Smith Readiness Center on Wednesday, May 18. DeLeon and Miss Westchester Teen, Samantha Gold, stopped by the Readiness Center on their way up to Albany for an event at the New York State Capital. The two young women met with Soldiers from the 69th who were preparing to move to Fort Drum for pre-mobilization training as well as members of the 53rd Troop Command headquarters who are based at the center,

SARATOGA SPRINGS, N.Y. -- New York Army National Guard Brig. Gen. Michael Swezey, commander of the 53rd Troop Command in Valhalla, N.Y., presents the winner's trophy to horse owner Kenneth Ramsey and jockey Julien Leparoux following the successful finish of the racehorse called "Headache" during the Army National Guard race at the Saratoga Springs racetrack on Sept. 2. The day was billed as "Proud to be an American" day at the track, with military displays and free admission for veterans and servicemembers. Photo by Lt. Col. Richard Goldenberg.