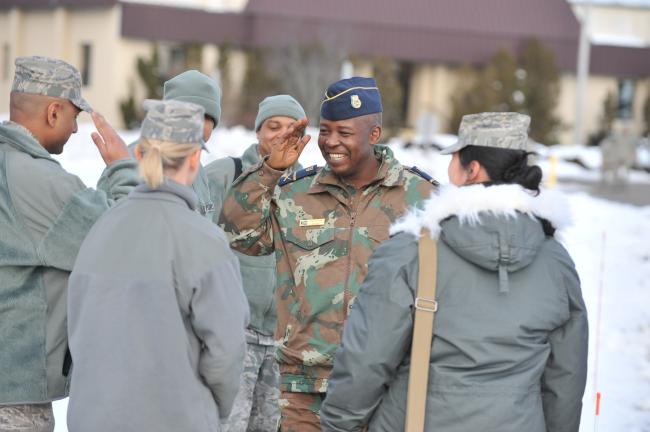 During his visit here, General Phala toured the 101st, 102nd and 103rd Rescue Squadrons, viewing the aircraft and equipment, and speaking with airmen from their respective squadrons about the rescue mission.

“What surprised me was the overwhelming welcome I have received,” Phala said. “This tour has been very impressive, and this will help bring our two forces together. The South African military mission is very large,” he continued, “and we need to have a lot of the same capabilities our New York partners have.”

"For us all to grow and to progress, we have to learn to forgive; and for us all to respect one another, Phala told the Airmen.

As he described the New York �“ South African military partnership, he relayed the idea, that the South Africans and New Yorkers belong together.