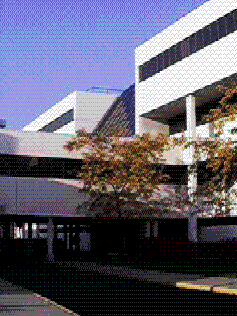 The headquarters element of the New York Air National Guard is located in Latham at the Division of Military and Naval Affairs building. The staff includes both full-time employees and traditional Guard members.

JFHQ-AIR is responsible for establishing policy and monitoring operations of five flying units and four geographically separated support units. The NYANG is a diverse organization with a total strength of more than 5800 people.

The New York Air National Guard has air bases on Long Island, in the Hudson Valley, the Capital Region, Syracuse and the Niagara Frontier. The 105th Airlift Wing flies the C-17 Globemaster III transport, while the 107th Attack Wing operates the MQ-9 Reaper remotely piloted aircraft. The 174th Attack Wing has flown the MQ-9 Reaper attack aircraft since 2010 and also trains all Air Force maintainers working on this critical system. The New York Air National Guard’s 109th Airlift Wing flies the only aircraft in the U.S. military able to land on snow and ice with skies, and the Eastern Air Defense Sector keeps watch over the skies above the eastern United States from an air defense coordination center in Rome, NY. And on Long Island the 106th Rescue Wing stands ready to assist the Coast Guard in search and rescue missions at sea while preparing to deploy to combat zones.

The New York Air National Guard is also ready to deploy at the direction of the governor to protect of life and property, and preserve peace, order and public safety. State missions, which are funded by the state, include disaster relief in times of earthquakes, hurricanes, floods and forest fires; search and rescue; protection of vital public services; and general support to civil authorities.