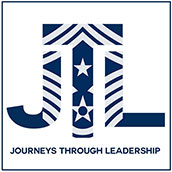 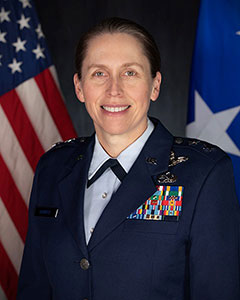 Air Force Brig. Gen. Denise Donnell, who served in the United States Navy from 1993 to 2002, is a command pilot with over 4,400 hours of flying time, including 280 hours in combat.

She has flown the Navy's P-3 Orion anti-submarine and maritime surveillance aircraft, and the Air Force's C-5A Galaxy, LC-130 Hercules “Skibird” and the C-17 Globemaster III and has commanded at the squadron, group and wing levels.

Donnell joined the 105th Airlift Wing at Stewart Air National Guard Base in Newburgh, New York in 2002 and qualified to fly the C-5A Galaxy, the largest aircraft flown in the United States Air Force.

In 2013, she was assigned to the 109th Airlift Wing at Stratton Air National Guard Base in Scotia, New York, as the commander of the 109th Maintenance Group from 2013 to 2016. During that period she qualified on the unique ski-equipped LC-130 Hercules aircraft flown by the 109th, which are the largest ski-equipped planes in the world.

Donnell served as the commander of the 13th Air Expeditionary Group at the U.S. National Science Foundation research base at McMurdo Station Antarctica during the 2014 - 2015 Antarctic support season.

Donnell is a graduate of Georgetown University with a Bachelor of Science Degree in Foreign Service. She is also a graduate of the Air War College at Maxwell Air Force Base, and a Distinguished Graduate with a Master of Science degree in Government Information Leadership from the National Defense University.

She is also a graduate of the Joint and Combined Warfighting School and the Air Command and Staff College, as well as the National Security Management Course at the Maxwell School at Syracuse University.

She and her husband, Greg Szczesny, Chief Operating Officer of Cogento Systems, LLC and Board President of the Twin Rivers Council of the Boy Scouts of America, live in Clifton Park. They have a daughter and son who are both active in Scouting.