Celebrating 370 years - or 18 generations of lifers 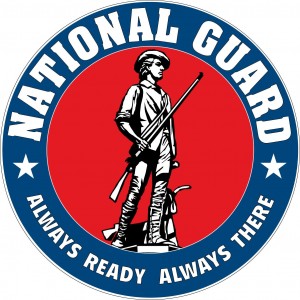 It all started in 1636 when the General Court of the Massachusetts Bay Colony, which functioned as the colony’s legislature, ordered existing militia companies from the towns surrounding Boston to form into three regiments: North, South and East.

While other English colonies like Virginia and Spanish colonies like Florida and Puerto Rico had individual towns with militia companies before 1636, Massachusetts was the first place in the New World where the population was large enough to justify organizing companies into regiments for command and control. These regiments became a kind of military "family" for members. Although their names have been changed and individual companies have come and gone, the three regiments still exist in the Massachusetts National Guard.

In retrospect, a string of 20-year career enlistments divides the Guard’s life span into more than 18 "generations." The differences between generation one and 18 are countless. Yet, even as the National Guard has transformed many times, it remains in line with its first role as the citizens’ Army; and, for the last three generations, the citizens’ Air Force.

The American colonies adopted the English militia system, which obligated all males to possess arms and participate in the defense of the community. This early militia enforced local laws and battled Britain’s enemies in America. Now, a force of more than 450,000 men and women serve voluntarily and can be deployed anywhere in the world.

The continued existence of the colonial militia was ratified by the Founding Fathers in the Constitution. Since then, Congress has enacted several militia and defense acts to strengthen the National Guard. The first of these laws, passed in 1792, governed the militia for the first 111 years of the country’s existence.

Generation seven rallied to battle the British at Lexington and Concord. Generation 11 faced off, brother against brother, in the Civil War. Generation 13 "Remembered the Maine" during the Spanish-American War. Generation 15 was already on duty when Pearl Harbor was attacked. Generation 18 will never forget and is still responding to 9/11.

In 1636, the militia’s primary firearm was the crude matchlock musket which could take 56 steps to load and fire. Nearly one-third of militia Soldiers carried only a long pole, or pike, into combat. Today, the Guard’s small-arms arsenal includes M-16 and M-4 rifles, and the Squad Automatic Weapon which fires of 750 rounds per minute.

Our colonial ancestors could not have imagined much of what their descendants can use in combat today - jet fighters, tanks, satellite radios, laser-guided munitions, global positioning systems, rocket artillery, and countless other high-tech devices.

Now, after 370 years, what does the future hold for this always ready and reliable force?

Future National Guard generations will continue to employ all of the modern technology at its disposal at home and abroad. At the core, however, today’s National Guard members and yesterday’s Minutemen remain the same person: citizens with the conviction that their military service is required to make their communities a safer and better place.