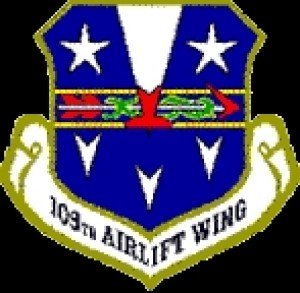 "It’s easy to take for granted what the Airmen of the 109th Airlift Wing do every year in Antarctica, but we never should. They may make it look easy, but it takes remarkable airmanship to maintain and operate the LC-130 in the extreme conditions of Antarctica. From the successful injured Australian rescue to the nearly 300 ice missions they flew this season, we’re proud to have the Guardsmen of the 109th on our joint team," said Lt.Gen. Utterback.

Members of the 109th Airlift Wing again demonstrated their excellence in serving their nation and the world as the unit flew more than 8.7 million pounds of material and 3,800 passengers during their almost 300 missions this season.

A highlight of the season was the highly successful movement of an injured Australian expeditioner out of Antarctica. The crew from the 109th Airlift Wing landed the LC-130 on an unprepared surface at the camp in Antarctica. The seriously injured patient was medically evacuated aboard the LC-130 to Hobart, Australia where he received medical treatment and began his recovery.

General Utterback said the successful season is indicative of the high readiness of the U.S. military and its partners in the U.S. Pacific Command area of responsibility. "To be able to use our military forces to further the scientific efforts in Antarctica-efforts that benefit all the people of the world-is really gratifying." The general said. "I couldn’t be more proud of our entire team’s efforts this season."

"We appreciate Lt. Gen. Utterback’s recognition for our support to the National Science Foundation and service to this great nation." said Col. Anthony German, 109th Airlift Wing Commander. "The men and women of the 109th Airlift Wing are skilled, dedicated and display unrivaled airmanship. We are proud to be a part of the 13th Air Force team" said German.