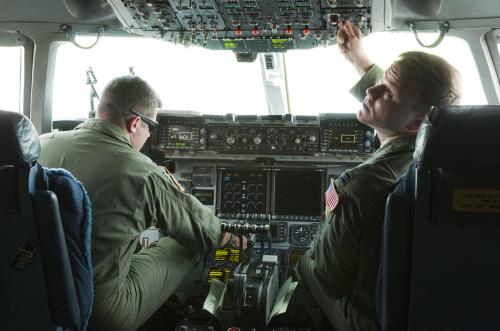 VOLK FIELD, WIS. -- With temperatures and humidity soaring, more than 2,000 Soldiers, Airmen and civilian first responders came together to participate in a massive training exercise at Volk Field and Fort McCoy, Wis., July 15-20. Approximately 50 Army & Air National Guard units representing 26 states participated in Patriot Exercise 2013, an annual joint-service exercise that tests their ability to assist local and state first responders contending with multiple emergencies. The goal is to identify the strengths and weaknesses of each agency’s current response plans. Patriot 2013 is a milestone for the exercise, which has been conducted at Volk Field for approximately 10 years. This year marks it as the National Guard’s first Joint National Training Capability-accredited exercise, putting it on par with such major active duty exercises as Ardent Sentry and Red Flag. For the past 12 years, the National Guard has dramatically enhanced its warfighting abilities to support combat operations in Iraq and Afghanistan. But less-acknowledged is the Guard’s additional role: helping save lives within their state. The National Guard is at the forefront of many disaster relief operations, most recently its responses to Hurricane Sandy and the Boston Marathon bombing, as well as wildfire and flood rescue operations. Being ready and available to help support their state respond to any kind of emergency is just as important as supporting combat operations overseas. Supporting domestic operations requires a different mindset than most military members are familiar ��“ instead of leading operations, they take on a support role aiding the rescue efforts led by civilian emergency managers. Lt. Col. Saul Hage, Patriot 2013 exercise director, said the National Guard has a host of different capabilities to provide emergency support to civilian rescue efforts. The Patriot exercise provides a venue, he said, tailored to train Guard Soldiers and Airmen to support any hazard that might come along, using the unique equipment and personnel they possess. It’s a bottom-up approach that allows participating units to request what types of emergency response they would like to train. “We don’t like to sit there and say just one event [might happen] because as we’ve seen in our nation, anything can happen at any time,” Hage said. “We want to be ready for anything.” The intent of this year’s scenario was to create an emergency situation that quickly overwhelmed local and state response agencies, forcing state government officials to call up the National Guard to support civilian response efforts. In this case, exercise disasters started with tornadoes that devastate two Wisconsin cities, while a terrorist organization simultaneously launches a cyber-, radiological- and conventional-based attack. The exercise had civilian and military personnel searching for victims, decontaminating residents and neighborhoods, transporting patients and conducting site recovery command and control. This year’s exercise marks the first time that elements of the U.S. Army Reserve have participated in the exercise. Last year, the Secretary of Defense authorized Reserve forces to be called up to active duty at the request of a state governor to aid in emergency operations. Civilian agencies involved in the training included: the Northeast Wisconsin Regional Hazardous Materials Response Team, the Lacrosse Hazardous Materials Response Team, the State of Wisconsin Radiation Protection System and the Occupational Safety and Health Administration. One exercise conducted by the New York Air National Guard’s 106th Civil Engineering Squadron, simulated a variety of road obstructions to include a washed out road from a flood and fallen trees blocking transportation. “It’s a rewarding career field because we leave the place actually nicer than the way we found it,” said Senior Master Sgt. William Connolly of the 106th CES. The unit has prior experience in responding to a natural disaster as they were called to assist in the aftermath of Superstorm Sandy. Connolly commented on the benefit of participating in a joint exercise as the scenarios and working with other organizations will be similar. “It will be a seamless transition when we are mobilized,” said Connolly. Just as important as the action in the field is the communications and command functions that exist behind-the-scenes. National Guard commanders and leaders learn to communicate effectively with their civilian counterparts, who have developed similar response tactics but have differences that can cause delays ��“ delays that could cost people their lives. Standard Operating Procedures and regulations dictate how military personnel respond to an emergency; civilian first responders use best practices encapsulated in the Incident Command System guidelines produced by the Federal Emergency Management Agency. Both sides learn to adapt to and incorporate those different guidelines in their own operations to improve their efficiency. Volk Field is one of only four Air National Guard Combat Readiness Training Centers in the nation which provides a year-round integrated training environment with state-of-the-art facilities for units to enhance their combat capabilities and readiness.