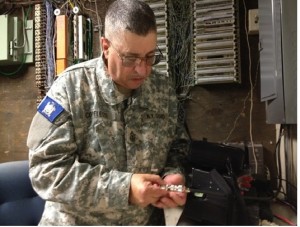 The communications system links military and civilian radio operators to create a sustainable emergency radio network during a disaster.

While most of the communication stations involved use fixed-site radios, this year introduces “Mobile MERN” elements, allowing New York Guard communications experts to locate closer to an incident site.

“We will continue to make sure our soldiers are trained up, and ready to respond,” Greene said.