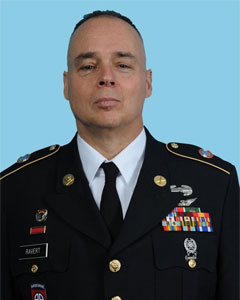 CSM Ravert is currently a member of the NYC Fire Department. He resides in Queens, New York with his wife Barbara and daughter Olivia.